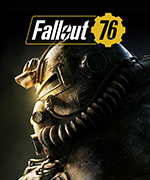 Bethesda Game Studios, the award-winning creators of Skyrim and Fallout 4, welcome you to Fallout 76, the online prequel where every surviving human is a real person. Work together, or not, to survive. Under the threat of nuclear annihilation, you’ll experience the largest, most dynamic world ever created in the legendary Fallout universe. 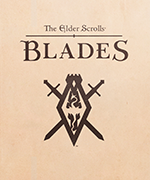 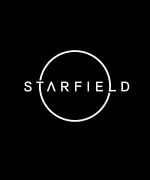 Discover Starfield, the new space epic currently in development by Bethesda Game Studios. Starfield is the first new franchise in twenty-five years from the acclaimed developers of The Elder Scrolls and Fallout series. 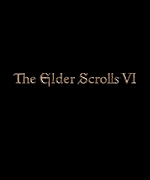 Currently in pre-production at Bethesda Game Studios, the acclaimed developers of Skyrim and Fallout 4. The highly-anticipated next chapter in the iconic The Elder Scrolls series. 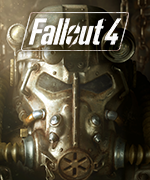 One of the most anticipated games of all time, Fallout 4 launched in November 2015 and broke sales records worldwide. Fallout 4 also marked the fourth consecutive game from Bethesda Game Studios to earn ‘Game of the Year’ honors, including ‘Best Game’ at the 2016 BAFTA Game Awards and ‘Game of the Year’ at the 19th annual 2016 D.I.C.E. awards, as well as winner of more than 160 E3 awards including the coveted Game Critic Awards, ‘Best of Show.’ On Steam, Fallout 4 became the number one game played, surpassing the previous record for concurrent play with over 470,000 Fallout players. The game’s companion app, Fallout Pip-Boy, became the number one game on the iTunes App Store. Fallout 4 also set the record as the most viewed video game launch of all 2015 games, according to Twitch. 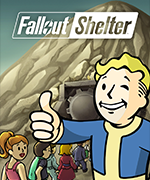 Unveiled and released at E3 in June 2015, Fallout Shelter quickly became the top downloaded game in 48 countries and the top-grossing game in 37 countries. Praised for its fun, addicting gameplay, and for its player-friendly approach to in-app purchases, Fallout Shelter has received accolades from some of the industry’s leading outlets, including winner of ‘App Store Best of 2015’, ‘Google Play Best of 2015’, and ‘Best Handheld/Mobile Game’ at the 2015 Golden Joystick Awards. Most recently, Fallout Shelter was named ‘Mobile Game of the Year’ at the 19th annual 2016 D.I.C.E. Awards. 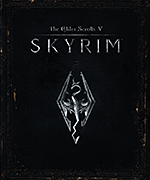 The fifth entry of The Elder Scrolls series earned hundreds of ‘Game of the Year’ awards, including top honors at the 15th Annual 2012 D.I.C.E. Awards, the 2012 Game Developers Choice Awards, and at the 2011 Video Game Awards. It has since sold over 20 million copies, and became a global phenomenon due to its vast gameplay and ability for PC users to modify and share their creations. Skyrim ranked number 1 in PC Gamer’s “The 100 Greatest PC Games of All Time” and ‘Best Game of the Generation’ by Amazon UK users. 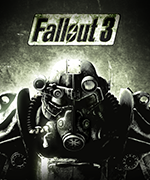 Named as the 2008 ‘Game of the Year’, Fallout 3 earned countless accolades from publications around the world, including top honors at the 2009 Game Developers Choice Awards, the 2008 Game Critic Awards, and “Ultimate Game of the Year” at the 2009 Golden Joystick Awards. Fallout 3 also earned spots in IGN’s “Best Video and Computer Games of the Decade (2000-2009), Gamespot.com’s ‘Greatest Game Series of the Decade’, and Eurogamer’s ‘Top Games of the Generation.’ Set more than 200 years following a nuclear war, create any kind of character you want and explore the open wastes of Washington, D.C. however you choose. 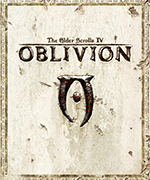 Winner of the 2006 Game of the Year award, The Elder Scrolls IV: Oblivion arrived on consoles and PC to immense critical acclaim. With the Empire ready to crumble, the gates of Oblivion open and demons march upon the land. In the shadow of evil, a hero will rise from the ashes of a fallen Empire. 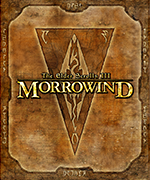 Winner of the 2002 RPG and Game of the Year awards, The Elder Scrolls III: Morrowind featured seemingly limitless character customization options and immersive environments, unheralded for its time. To fulfill an ancient prophecy, the Emperor sends you, an unknown and uncertain Imperial courier, to the island of Vvardenfell to rid the land of Morrowind of a dark curse. 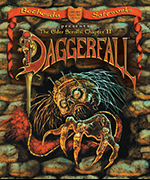 Released in 1996, the second chapter in the Elder Scrolls Saga, Daggerfall, featured a massive open and explorable 3D world the size of Great Britain, and helped usher in a gaming renaissance. The ancient golem Numidium, a powerful weapon once used to unify Tamriel, has once again been unearthed. In the power struggle that follows, the King of Daggerfall is murdered and his vengeful spirit haunts the kingdom. 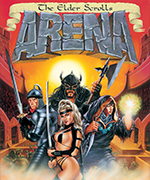 Released in 1994, Arena was the first chapter in the epic Elder Scrolls saga and heralded a new level of interactivity and depth, instantly becoming a cult classic. You assume the role of a lone prisoner who must travel to Tamriel’s most famous and dangerous sites to collect the shattered Staff of Chaos and save the Empire from the evil battlemage, Jagar Tharn.

Bethesda Game Studios is located just twenty miles north of Washington, D.C. a hot spot for history, sports, politics, food, and music. From our award-winning restaurants and stadiums, to our world class museums, no matter what your taste, there’s always something exciting happening in the Nation's Capital.

Considered by many to be the cultural capital of Canada and the ‘Paris of North America’, Quebec is a lively mashup of contemporary North American and old world European style. Grand buildings, cobblestone streets, boutiques, and cafés, Quebec offers plenty of things to do and places to visit.

Home to SXSW, Austin City Limits, 6th Street, art and film festivals, Austin is not only a hot spot for tech and culture, it's also the kind of place where you stop worrying and enjoy life. You want the best barbeque, microbrews, and live music packed into a little under 300 square miles? We got you covered. Here's a small taste of what the city has to offer:

A modern city in the state of Texas, Dallas is a thriving metropolitan area. With its affordable cost of living, fantastic schools and seemingly endless assortment of food and entertainment options, Dallas is a city that young professionals and growing families are proud to call home.